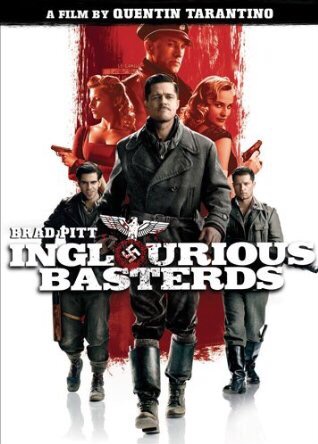 I’m sitting here watching Kill Bill Vol. 1 to keep me in a Quentin Tarantino state of mind to write my Inglourious Basterds (2009) review because well I had to bring back the DVD to the rental store. I figured it was the next best thing. I guess the next thing will be a Kill Bill Vol. 1 write up.
*******

As soon as the Inglourious Basterds began I was hooked. It took no convincing, I knew I was going to like this movie. I didn’t think Tarantino could do it. He made a WWII film the bled Tarantino. Now, I know some people have qualms about how the film deters from actual historical events but one needs to look past that. In the end it wasn’t about how the war actually ended. It was a story. One man’s creation. Stories are just that, stories. Many stories have some root in fact but they often deter from that fact depending on who is telling the story. All ethics aside this film was brilliant.

I admired how Tarantino managed to keep me in the story despite its over the top campyness. This campyness was integral to Tarantino’s version of the story. Without it the film would fall flat and seizes to be a Tarantino film. Suspense plays a major part in this film and I would have to say it is probably the first time suspense is at the forefront in a Tarantino film. With the combination of music, setting, and even positioning of the characters Tarantino manages to keep suspense going in an almost Hitchock manner. 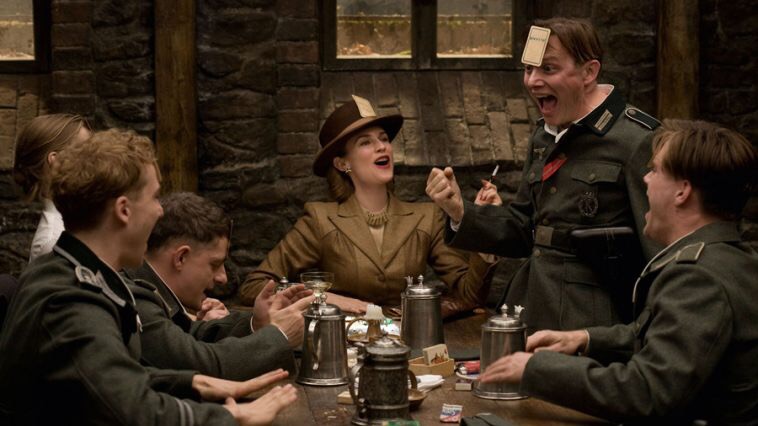 Brad Pitt’s performance was spectacular. He fit perfectly into his roll. Pitt as Lt. Aldo Raine had me laughing, especially when he tried to be an Italian. Even with Pitt’s great performance I would have to say the Christoph Waltz stole the show. He was amusing and scary all at the same time. He deserved his Academy Award.
Tarantino manages to combine genres is this film much more successfully, I think, than in his other films. Inglourious Basterds is the type of film Tarantino has been trying to make for years now and wasn’t been able to. It took the right cast, time, and story to get it right.
People who know me know that I think Tarantino is a genius filmmaker when it comes to his early films and a brilliant screenwriter in some of his later films. He is also a pretentious and annoying but I can see past that as his knowledge of film history is amazing. What I am trying to say here is that there is more of his creative genius in this film than of his actual self and this is why this movie is so good.
To be honest, I am have not been as impressed by Tarantino’s last two films as I am of Inglourious Basterds.I think it’s because there is too much of himself in his last two films. By him, I mean the Tarantino that he wants everyone to see. The annoying and pompous Tarantino that I have trouble consuming at times. I will re-watch Django Unchanged (2012) and The Hateful Eight (2015) again soon and maybe do a write up on them. I would like to flesh out my thoughts on them at some point.
**********