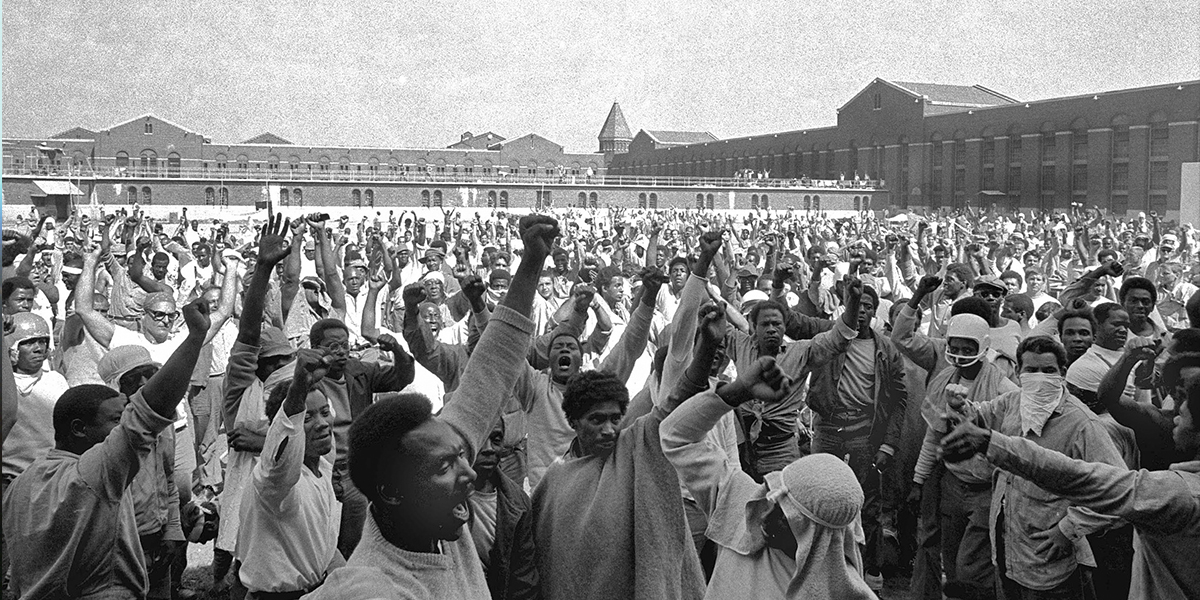 On September 9, 1971, the largest prison rebellion in U.S. history took place at the Attica Correctional Facility in upstate New York. Director Stanley Nelson takes his audience through the timeline of that week through in-person interviews and archival and news footage of the day. Think about it, it’s been 50 years since that week and North America is still dealing with the same situations that led these men to hold a small and town and country in its aftermath, at a standstill.

Tensions had long been brewing in the the high security prison. Small hunger strikes and violent prisoner situations led a few correctional officers to voice their concerns to their families and superiors, most of those voices unheard in the end. Nelson interviews both inmates and the families of the officers and exposes the real reasons behind the week’s events. The stand these men made was a plea to be treated with basic human rights that should’ve been afforded to them despite their incarceration. They wanted more than just a roll of toilet paper each for the month. They wanted to get proper mail delivery. They wanted better sanitation. Their schooling and reform was not existent and every nightwas one of terror where mobs of officers would torment them for fun or retribution.

Nelson dives deep utilizing extensive materials to comprehensively extoll the tensions surrounding the upheaval and its unravelling. Editor Aljernon Tunsil does a complimentary job at interspersing Nelson’s vision of a loyalty to the timeline and the much needed real talk of the people and witnesses that were there. This includes inmates, journalists, such as ABC news reporter John Johnson, relatives of the hostages, and even members of the National Guard who were part of the violent retaking of the prison and were made silent on advice of the prison wards.

On that day, 1200 prisoners took over the prison courtyard. They set up community with makeshift tents, created trenches as latrines, they even had a medical area to treat injuries or the sick. Out of the many stories of that week, the stories of community really stick out because in a place where everyone is segregated by situation or race, they banded together that day to protest for each other.

In the end, in the retaking of the prison, guards and officers killed many, even their own. The aftermath was one of vengeance on the prisoners for seeking some semblance of life in the inhumane circumstances they lived in. Through Stanley Nelson’s research and the power he gives to his subjects by giving them this platform, he does justice to this very necessary and timely piece.